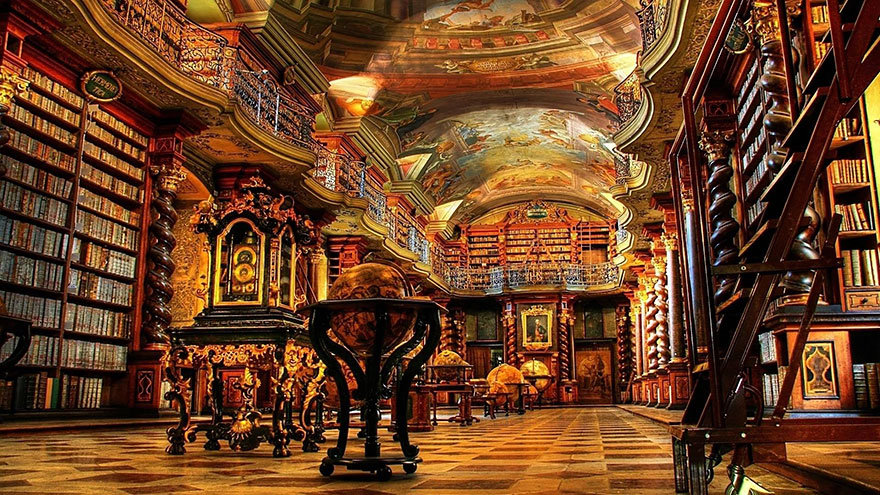 “I have always imagined that Paradise will be a kind of library.”
– Jorge Luis Borges

The seminary where I teach just converted its entire library to a digital access collection. That’s a wise move for us since so many of our students these days are from out of town, out of state, or even out of the country. Online education has made such diversity possible. Still, I miss the tactile nature of real books, so there’s something to lament here as well as to celebrate.

And what of the real structures that house the real books? Virtual shelves lack a certain je ne sais quoi, do they not? While they’re losing ground to the modern e-book and audio book industries, libraries once were the central hubs of human intellectual progress and achievement. Indeed, there’s something about them that still attracts people today.

Whether it’s their magnificent architecture, the distinct smell of old books, or the charm of intimate spaces that no other kind of building can command, scholars and dreamers alike still enjoy scanning the best of our literary heritage inside traditional libraries.

Because of their cultural importance, libraries often were built to be beautiful and to last. The folks over at boredpanda.com have assembled an impressive gallery for your viewing pleasure. You can check it out here.

Not too long ago I visited the George Peabody Library in Baltimore, Maryland. The atmosphere was mesmerizing, but I inadvertently broke a rule while on site. I started perusing a rather old francophone book on the French Revolution, only to discover several chapters later that it was part of the not-to-be-touched collection. Thankfully, I avoided the guillotine.

In the end, pixels, I suppose, have a longer shelf life than paper, so book fragility may become a thing of the past. That’s an upside to the digital age. Moreover I have a Kindle, and I like it, so I’m quite comfortable in this new world. The only snafu comes when I lick my finger to turn the page. Apparently my screen is averse to human saliva. 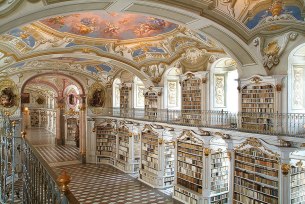 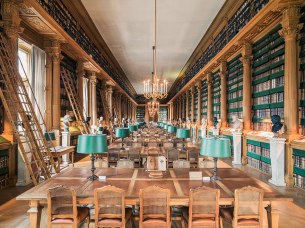 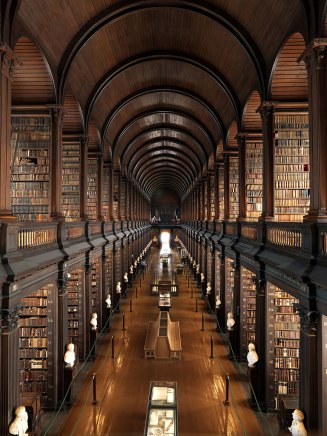 This Week’s Song: “What a Beautiful Name” by Hillsong