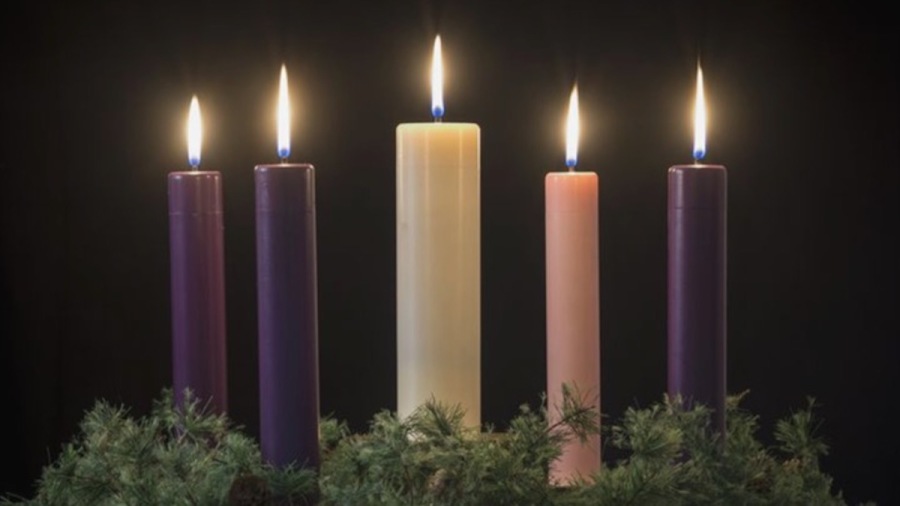 Mary’s famous Magnificat (Luke 1:46-55) reveals that the young Jewish girl who gave birth to the Messiah knew her Bible well. She weaves together at least 30 echoes, allusions, and citations from the Old Testament into her composition. The resulting scriptural tapestry bears a striking resemblance to the prayer of Hannah, a woman who was barren, yet God miraculously gave a son—the Prophet Samuel—whom she dedicated to the Lord. But it’s more than just Hannah’s prayer that stands behind the Magnificat; it’s myriad other references to the Law, the Prophets, and the Writings, too. Her song is saturated and marinated in Scripture. It’s a musical medley that we might consider in our day something akin to a biblical mashup.

Mary likely composed the piece in her head on the 90-mile journey from Nazareth to Judea, singing it to Elizabeth upon her arrival. She had several days to think about it, and now she cuts loose. It’s also likely that these words became a lullaby sung to Jesus in utero and postpartum. If so, Jesus had sacred words ingrained in him from the very beginning of his earthly life. It’s no wonder, then, that he quotes the Psalms more than once from his cross. It’s even possible he sang those words to the extent he was able—almost like a duet across the years with his mother, who’s standing there at the horrible spectacle of Calvary. He sings back to her now the words she sang to him from infancy. Both their lives are bookended by the Word of God.

Some rabbis in Mary’s day said, “Keep the Torah far away from women; they will corrupt it to go near it. If they so much as touch the scroll, you must burn it.” One can be glad Mary and her family didn’t adhere to such a foolish tradition, for Mary’s burst of praise becomes part of sacred Scripture itself—God’s revelation to the world. And Elizabeth is not her only audience; we, are too. In this passage, Mary is “rightly dividing the word of truth” from the Old Testament, pulling it together and describing for us how God is bringing the Messiah into the world, and what he will do when he comes. She teaches us the Scriptures—anticipating the promise in Acts 2:17: “Your sons and daughters will prophesy [i.e., speak forth the Word of God].” Mary leads the way on this declaration. Indeed, she’s an extraordinary reminder that a spiritually vibrant life is marked by Scripture, praise, and humility. While certain traditions overly exalt Mary, others greatly under appreciate her. Neither extreme is warranted. She is truly a model for the ages.

Contact This New Life directly for the sermon audio file.

This Week’s Song: “Raise a Hallelujah” by Bethel Music

Copyright © 2020-2021 This New Life, Timothy R. and Sonya E. Valentino. All rights reserved. Contact site authors for terms of use.