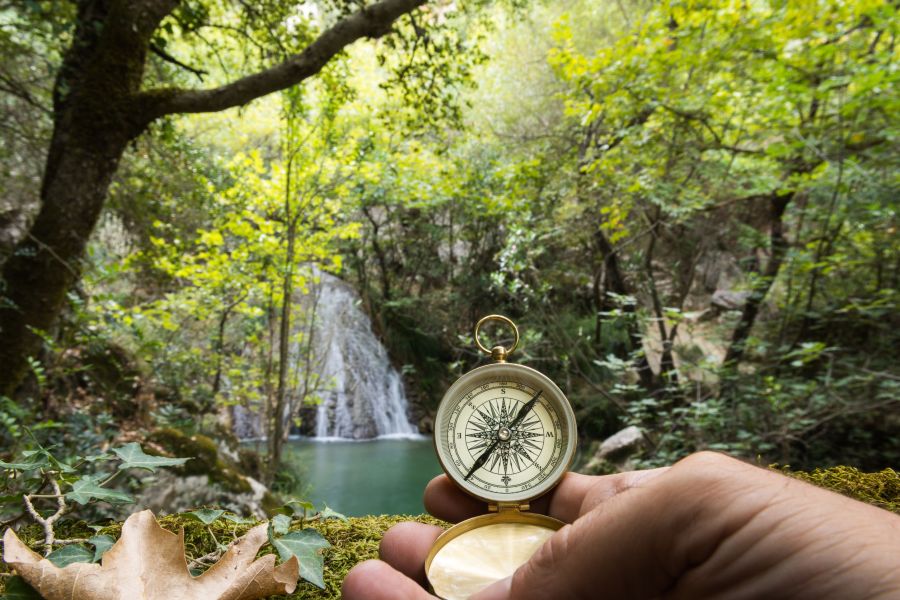 Eric Liddell famously said to his sister in Chariots of Fire, “I believe that God made me for a purpose—for China. But he also made me fast. And when I run, I feel his pleasure.” While the screenplay is likely embellished (or even apocryphal) at that point, the line is rich and insightful. There the “Flying Scotsman” articulates an elusive and hard-to-describe aspect of calling (or “vocation”).

Liddell’s insight was this: Whenever people live out their divine purpose, they tend to sense God’s blessing and affirmation in the process, even if there are deep struggles along the way. As David wrote in Psalm 16:11, “You have made known to me the path of life; you will fill me with joy in your presence.” David, of course, was no stranger to trouble. On more than one occasion, the spears of King Saul whizzed past his ear, twanging into the wallboards of the place where he was hiding at the time.

It is significant that David connects being in God’s presence to being filled with joy, not groveling in the dust as a miserable sinner before an angry, implacable God. While epochal moments in redemptive history sometimes require dramatic theophanies for prophetic or revelatory reasons (cf. Exod 19:18-19, 40:34; Isa 6:1-5; Matt 17:5-6; Acts 2:1-4), God has a track record of delighting his people, not debilitating them.

As such, I have slightly adjusted Liddell’s observation to make it my own: “When I learn, I feel his pleasure.” That’s one of the reasons it’s such a joy for me to be a teaching pastor and a seminary professor. It seems that God has made me for this. My calling can often be difficult, but it aligns well with how I’m wired. And if others can learn a few things along the way because I learned them earlier—whether in life or in libraries—so much the better. Such a venture has filled me with joy in the past, and it continues to do so today.

Thare’s a caution, however, that’s never far from my thoughts in this regard: “Knowledge puffs up, but love builds up” (1 Corinthians 8:1b). Our calling, then, must encompass the good of others, not just ourselves. That makes sense theologically because we’re relational beings, made in the image of God—the One who is true comm-unity (Father, Son, and Holy Spirit). But, oh, what a challenge to see our lives and calling in connection to others. I can be awfully selfish sometimes; how about you?

Our calling must encompass the good of others, not just ourselves.

I’m not sure I could articluate an inviolable or unassailable personal mission statement, but I do know that God is inviting me to embody his beauty, truth, and goodness as a pastor-scholar in the 21st-century church of Jesus Christ so that others can discover their lofty status and calling as image bearers of God—reveling in the good news of his redeeming grace.

This “reveling” by others can take myriad forms, but the common core is culture-making that leads to human flourishing in this life, whatever joys the next life may hold. Historian Will Durant once wrote, “Civilization is social order promoting cultural creation. Four elements constitute it: economic provision, political organization, moral traditions, and the pursuit of knowledge and the arts. It begins where chaos and insecurity end.”

My own calling is part of the “social order” of which Durant speaks, centered mostly in the third element he cites (viz., “moral traditions”)—though grace must always be part of the equation, as moral ideals often collapse under the weight of our own fallenness. If God is not gracious, then all of us are toast in the end.

Indeed, my own particular “tradition,” as Durant uses the term, is one that is Trinitarian, evangelical, and gospel-centered. That is why I seek to help inspire others to overcome their own insecurities and become “fully human,” even as they come to know and enjoy their Creator—the Logos who became human for the sake of love and liberation. As Durant noted, “When fear is overcome, curiosity and constructiveness are free, and [hu]man[ity] passes by natural impulse towards the understanding and embellishment of life.”

Grace must always be part of the equation, as moral ideals often collapse under the weight of our own fallenness.

That sounds to me like purpose and pleasure go together—even if the former leads the latter in priority. Both gravity and gladness can play together nicely in the sandbox of life. Indeed, they must play together nicely, or it’s not even rightly called “life.”

When is it that you most feel God’s pleasure?

This Week’s Song: “What a Beautiful Name” by Hillsong